The core component of the ARCHE repository solution responsible for the CRUD operations and transaction support.

An environment allowing you to edit code in your host system and run all the tests inside a docker container. 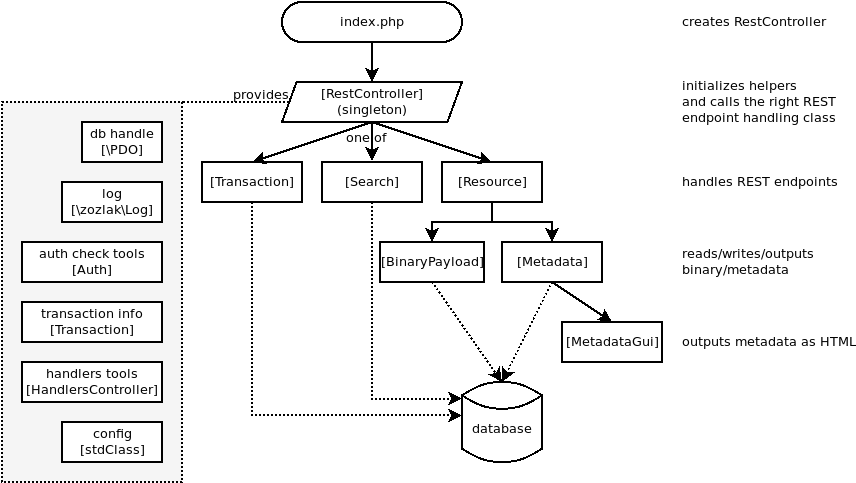 The main table is the resources one. It stores a list of all repository resources identified by their internal repo id (the id column) as well as transactions handling related data (columns transaction_id and state).

Metadata are devided into three tables according to the consistency checks applying to them.