PHPBench is a benchmark runner for PHP analogous to PHPUnit but for performance rather than correctness.

See the documentation to find out more.

Documentation is hosted on readthedocs.

Running benchmarks and comparing against a baseline: 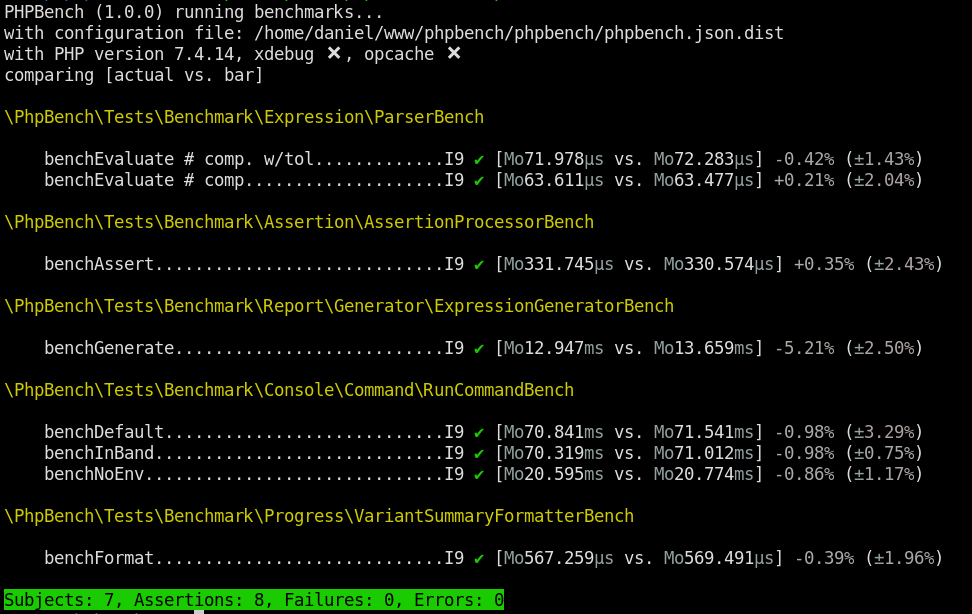 PHPBench is an open source project. If you find a problem or want to discuss new features or improvements please create an issue, and/or if possible create a pull request.