Use friendly URLs (aka transliteration) in slugs

UPDATE 14/03/2020: This extension is not maintained anymore because since Flarum Beta 12, it includes a native Laravel Str::slug() trasliterator.

Friendly URLs (aka transliteration) in slugs for Flarum 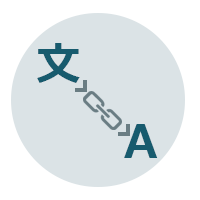 To achieve modern and more uniform results, as some successful CMSs with years of development behind them, the transliteration rules are based (slightly modified) on the WordPress transliterating function.

You can see this extension in action at: https://foro.vozidea.com

To install it with composer: composer require zeokat/flarum-ext-seoslugs

This extensions was deeply tested under several languages (Spanish, German, Russian, Chinese, etc) and It should work as expected, without bugs. My goal in publishing this extension, is that in a near future it can be part of the of the Flarum's core. For this reason it is important that people from all over the world thoroughly test the extension and give their opinion on how to improve it or simply report bugs.