Read more at peridot-php.github.io or head over to the wiki.

Peridot's phar is built using Box. Once box is installed, the phar can be built using the following command from the project directory:

Peridot API documentation is generated using apigen. Once apigen is installed, run the following command from the project directory:

This will output documentation to the docs/ directory.

And a sample of output: 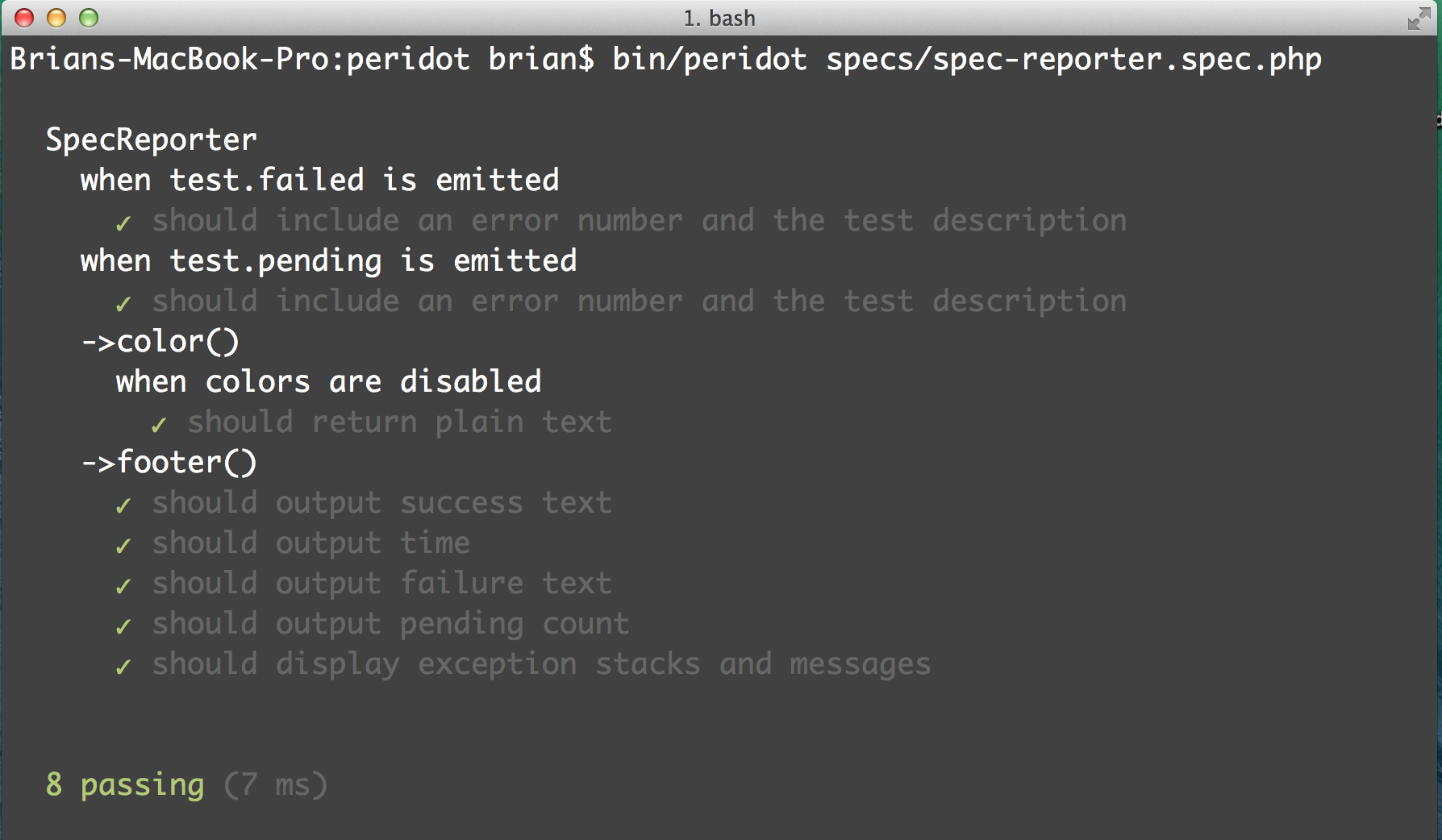 We use Robo for releases.

Peridot sets ASSERT_CALLBACK via assert_options in order to throw exceptions when using the native assert function. Peridot specs are considered passing if they don't throw an exception; if you are using assert for expectations and you find your specs are triggering false positives, you may need to update zend.assertions to 1 in your php.ini. This is set to -1 by default in PHP 7+

If you aren't too keen on using assert for testing, there are a ton of assertion/expectation libraries out there. Anything that throws exceptions in response to a failed assertion will do. The peridot-php org has authored Leo, and this library offers a richer assertion vocabulary for testing.