As we know, dependency injection is disgusting, so genies created what called Container. However, if we write code depending on a container, we must somehow extend a base class commonly called IoC or DIC, which fails me a lot.

The most fatal weakness of this solution is I can not access a container inside a static method.

It plays almost the same role as a container, but it can be accessed wherever you are, and you don't have to give an alias to a service. For example, when you use a container, mostly you'll write this way:

But if you use this ServiceProvider, you can directly access a Foo's instance this way:

If the class Foo has more construct arguments, you can just pass them as an array as the second parameter of ServiceProvider::get.

By default, you'll access the same instance of a class whenever you access it via ServiceProvider::get(), but you have the option to change this

This will initialize a brand new instance of a class whenever it is called.

Maybe you're worried about code jumping issues, as modern PHP developer, we should use PhpStorm, and there's a plugin named PHP-DI that will save your life. 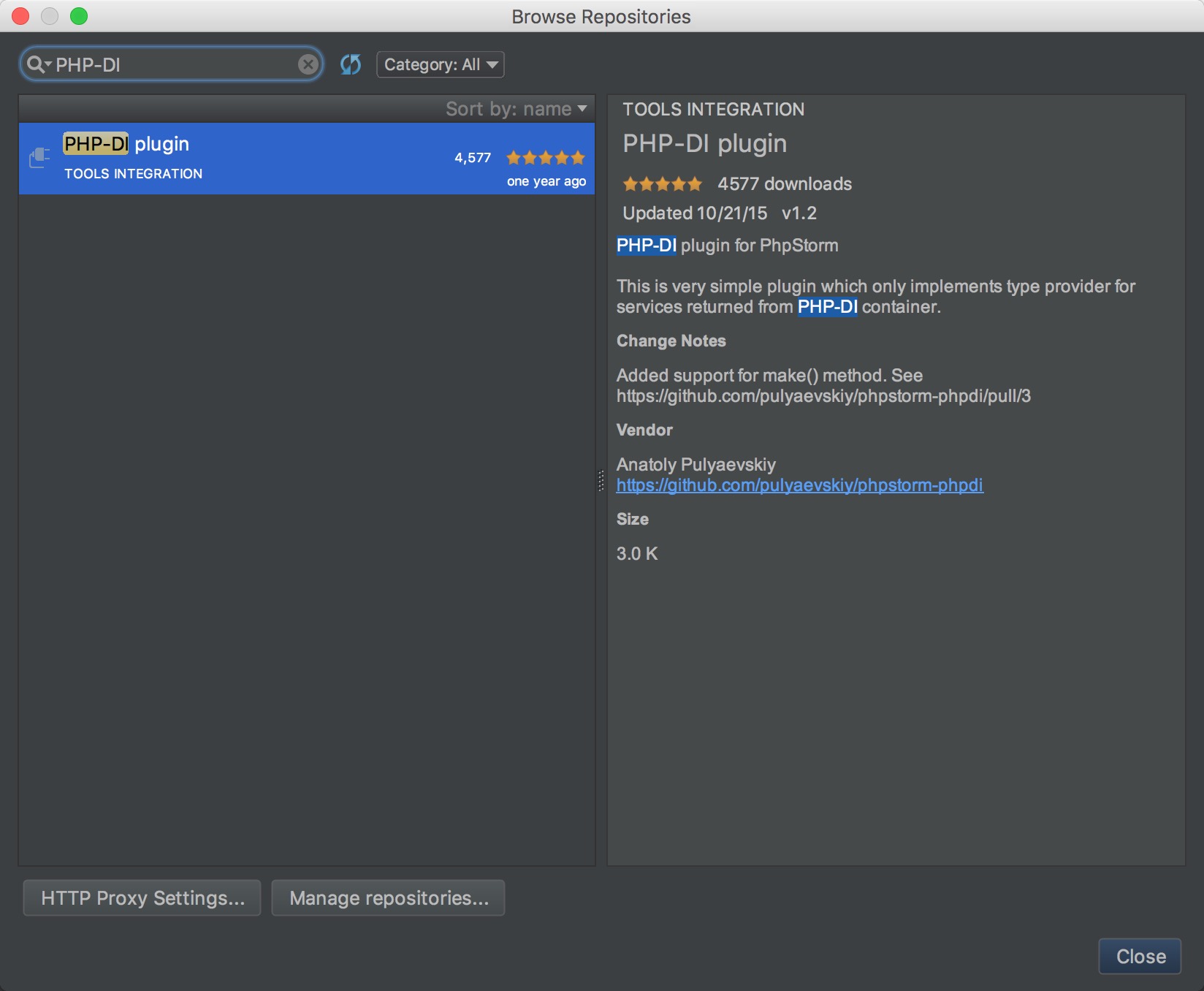