A PHP command line tool for converting SVG images to a set of CSS icons (SVG & PNG, single icons and / or CSS sprites) with support for image optimization and Sass output 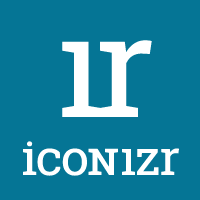 is an – at present: proof-of-concept – command line tool that helps you prepare your vector based SVG icons for use with the widest possible range of devices. It takes a folder of SVG files and processes them to a bunch of files including

To leverage iconizr to the greatest extent possible, some additional tools have to be installed on the system independently (see below).

iconizr is written in (namespaced) PHP and meant to be used on the (Linux) command line (i.e. with the PHP CLI SAPI). To be honest, there was only one reason making me go for PHP: It is what I know best. Im sure there are quite some other fancy modern languages and techniques one could use for achieving the same, but I guess I'm just not smart enough for those. Having said this, I'd welcome anyone contributing a port of iconizr.

As iconizr is written in PHP, there's nothing much of an installation process. Just put the iconizr.phps script (along with it's accompanying files and directories) to a location of your liking and make sure that it may be executed by setting the proper file permissions. If you'd like to simplify the invocation of iconizr you might create a symlink into your local executables directory, e.g.:

Run iconizr by calling the script with the apropriate command line options (see below). Please consider that – for security reasons – the output directory has to be a sub(sub)directory of the current working directory, so change your working directory first if necessary:

or using the symlink mentioned above:

As of Beta 5 iconizr supports CSS pseudo classes (like e.g. hover or active states) for individual icons. To bind an icon to a specific pseudo class, just append it as a suffix to the icon file name, separated by the string specified with the --pseudo parameter (defaults to a tilde ~). For example, two icon files named

would result in the CSS rules

This way you can easily achieve a normal and a hover state for an icon. In general, any conceivable pseudo class can be generated like this, as long as the involved characters are allowed in file names on your system. In fact, iconizr isn't aware of what is a real CSS pseudo class and what isn't, it's just dumb delimiter-to-colon substitution ... These could be some reasonable examples:

The storm icon included in this package is an example for an icon with hover state:

In the HTML preview documents both icons will be shown, but also if you hover over the regular one, you will see it's hover state as well.

For every pseudo class iconizr also adds an additional CSS selector which you can use to explicitly apply the stateful icon styles to an element (independently from the element's real state). Starting with version v0.1.2 iconizr even adds such a selector for the regular icon state (which doesn't have a pseudo class by design), so you can also use this icon variant without letting the other pseudo classes become effective:

To apply these icon styles to HTML elements just use them like this:

It may seem weird to use colons als parts of CSS class names, but in fact it's perfectly legal – you just have to escape the colons in your CSS files using a backslash \.

While doing pretty much the same as the Filament Group's / Scott Jehl's grunticon, iconizr especially focuses on reducing the size of files and number of HTTP requests, addressing mobile devices in particular:

For iconizr to run, you will need some programs installed on your machine. These are:

For SVG optimization you will need either of the following (or both):

For PNG optimization you should have as many of the following as possible:

I'm currently working on a native Node.js / Grunt / Gulp.js implementation of iconizr. As a first step, I published svg-sprite (respectively grunt-svg-sprite) which will be the SVG sprite generator component. As opposed to the PHP based iconizr, svg-sprite comes with several improvements like Mustache template based output, so you can produce customized CSS output (formats). I plan to backport these improvements to the PHP based version as well.

Also, I'm very happy to announce that Haithem Bel Haj published an iconizr Grunt plugin that's based on the PHP based version of iconizr, so you can start using iconizr with Grunt right away! Cool, huh?

There are some useful resources on data URIs in general:

As soon as I'll find some time I will do some tests in our Open Device Lab to see if there are any device specific data URI limitations.

As of version 0.1.1, iconizr is licensed under the terms of the MIT license. Before that, a Creative Commons Attribution 3.0 Unported License applied.

The contained example SVG icons are part of the Tango Icon Library and belong to the Public Domain.