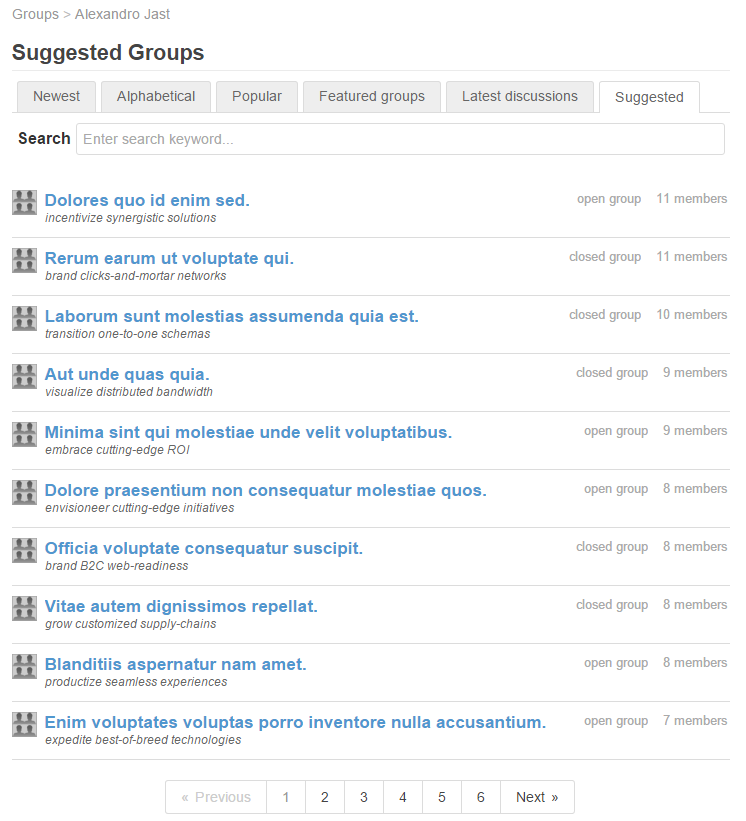 Suggested groups are ordered by score that includes total number of shared members and tags.

If you want to list reasons for the suggestion, you can access this info through volatile data:

You can constrain any set of groups to only include suggested groups ordered by score, by filtering the options through: