Developing extensions for software that doesn't allow you to separate your files from core files, and keeping that extension under version control and making it easy to deploy is now much, much easier. Development of this script was inspired by Magento which forces you to mix your extension files all throughout the core code directories. With modman, you can specify in a text file where you want your directories and files to be mapped to, and it will maintain symlinks for you so that your code is easy to hack and deploy.

All of your cloned/checked-out modules will be kept in a directory named .modman in the location where you run modman init.

If using template files in a modman module, you must either:

Use a patched version of Mage/Core/Block/Template.php. This gist is itself a modman module so you can install it by cloning it directly or you can integrate it into your environment some other way.

NOTE: I provide no warranties for using this patch. Use at your own risk! 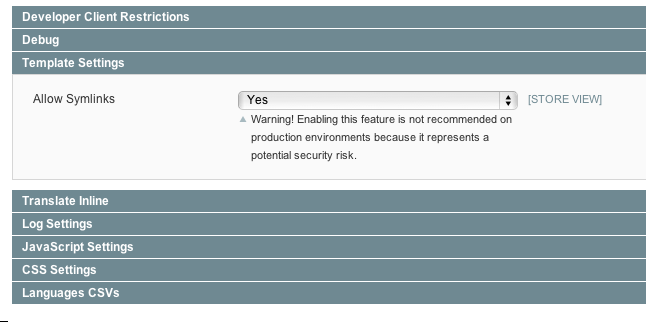 NOTE: Disabling this security protection does decrease security as it allows template files to be loaded from any location. However, the risk is not so much symlinks as it is specially crafted template paths. The patched Template.php file (Option 1) allows the use of symlinks but should still prevent templates from being loaded from directories other than the app/design directory.

Windows (including cygwin) is not supported by this script, but there is a PHP-port of modman which works on Windows. I am not affiliated with the authors and do not provide support for the PHP port, only a link here for reference.

To install Modman, you can either install the library in your user's root folder, or you can install Modman globally. Regardless of which option you choose, first run one of these two scripts to download the Modman repo.

If you'd like to keep the script in its native location at ~/bin/, just reload your Bash profile.

To make the script global after downloading, move the Modman script to an appropriate script folder, (e.g. /usr/local/bin/ or something similar within /usr/*). Moving it to one of the paths already loaded in your $PATH variable will automatically pick it up without a ~/.profile reload.

And then finally, alias Modman with a symlink if you want something shorter to type (optional)

Note: modman is simply a bash script, so to use it you just need to place it in your $PATH and change its mode to executable.

Run modman --help to get the basic usage summary or modman --tutorial to see a brief tutorial. For more in-depth information please see the Modman Wiki

Modman currently supports subversion and git. Other VCSs could be used by manually checking out the source code into the proper directory and using the "deploy" command.

Licensed under the Apache License, Version 2.0 (the "License"); you may not use this file except in compliance with the License. You may obtain a copy of the License at